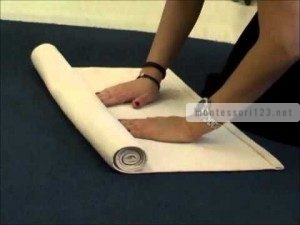 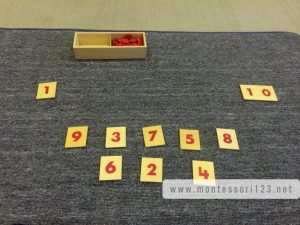 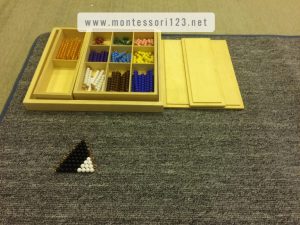 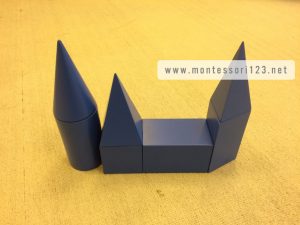 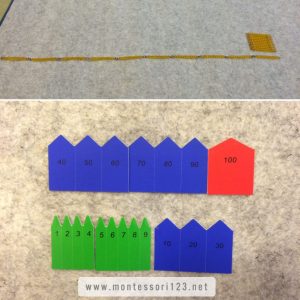 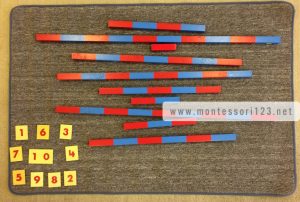 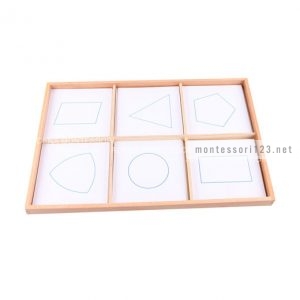 Three series of 36 cards that correspond to the figures contained within the geometric cabinet.

Each shape is represented by a thin outline, thick outline, and filled-in card.

This item can be used in conjunction with A100 Geometric Cabinet

Cards
Three sets of geometric cards. There are thirty six shapes and one hundred and eight cards. Each set represents all the shapes in the cabinet:

This is an individual exercise which may be done on either the table math on the table or on a floor mat on the floor (Note: work cycle to be observed).

2 Directress then feels around each inset and socket in turn with two fingers, starting from the front and going clockwise and proceeds to replace the shapes back into the sockets.

3 The Directress takes the circle cards from Set 1 and the circle tray. She then lays out the cards on the floor mat besides the tray. The insets are arranged from biggest to smallest.

4 Directress then removes the insets, finds the matching size and then places the inset on top of the corresponding cards randomly.

5 When the presentation is completed, Directress then shows how to put the tray back into the cabinet on the shelf, holding the tray with two hands.

The child works through the drawers of the cabinet and the cards from Set 1 till Set 3.

There is a socket for each inset in the trays and there are three sets of geometric cards for each shape so that the insets can be matched exactly.

The child is taught to trace the outline of the geometrical figures. By doing this, the recognition of forms is much easier.

With the use of the cards, the exercise of the eye is gradually brought to perfection in the recognition of ‘plane forms’. In fact, there is no longer the concrete control of error in the material as they were in the wooden insets, but the child, by his eyes alone, must judge identities of form when placing the insets on the cards.

Again, the refinement of the eye’s power of discrimination increases every time the child passes from one series of cards to the next. By the time that he has reached the third series, he can see the relation between a wooden object, which he holds in his hand, and an outline drawing; that is he can connect the concrete reality with an abstraction.

Indirectly prepare the child for later study of geometry by giving the child visual and muscular experience of shapes.

Indirectly prepare the child for reading and writing through visual perception exercises and through muscular experience of all the shapes necessary to form letters.

Develop an awareness of shape in the environment.

The child can take any drawer, one at a time, and do the exercise as presented.

Game 1
Place all the drawers from the cabinet on a table on one end of the room so that all shapes can be seen.Take one set of the cards. Show a child a card and ask him to fetch the corresponding wooden inset. When he brings it let him fit it over the card. Show another card to another child and continue this way until all the cards and insets have been matched.

Game 3
Two set of geometric cards (Set 2 and set 2 -solid and thick outline)
The Directress shares one sets of cards between the children who place them face up on their tables. The Directress holds up one card from the other set and the child who recognizes it as one of ‘his’, turns the card on the table face down. The game continues until all the cards are used up.
Turning the cards face down on the table after the child has examined them thoroughly can play a more difficult variation of this game. Then when the Directress holds up the cards from her set. the child has to remember and recognize it and name the shape printed on it.

Game 4
Spread out a number of the insets before their eyes. Take the corresponding cards from any of the three sets and mixing them like playing cards, deal them out to the children. The children are then required to find the corresponding inset and place them on top of their card.

Game 5
Spread out all the cards from all three sets. Four or five children can play this game together. The child takes an inset and places it, as quickly as possible, on the corresponding cards, which he has recognized. If one child finds that someone else has placed the insets in a filled-in figure i.e cards from the first set) then he may remove the insets and place it on the same form in outline. (i.e cards from the second or third set). The game is completed when all the insets are placed on top of cards in outline.

Purchasing this will earn you 17 rewards points! 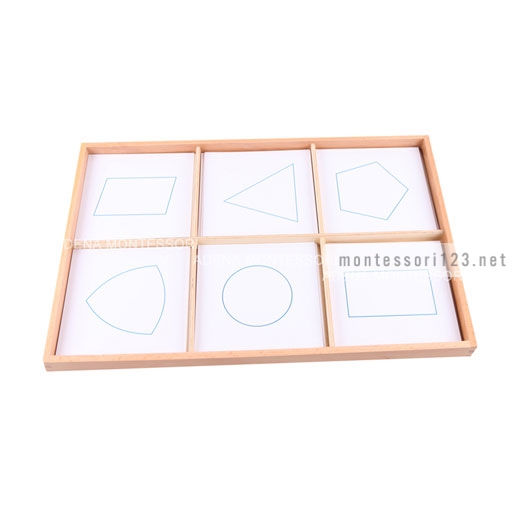 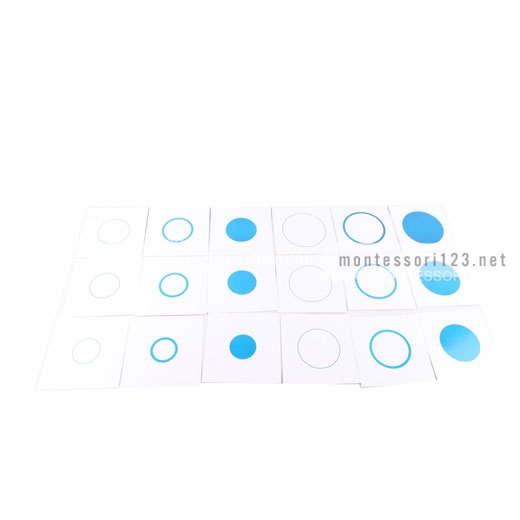 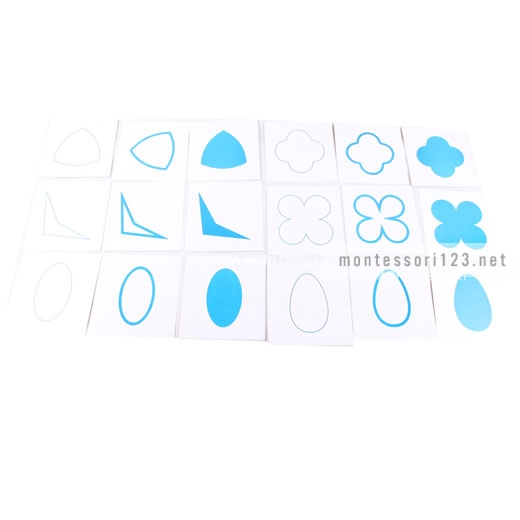 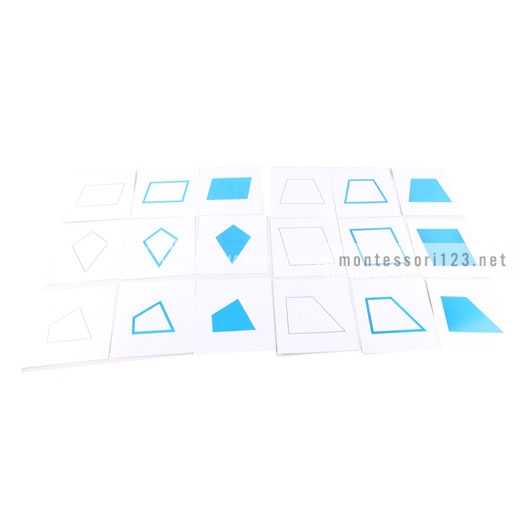 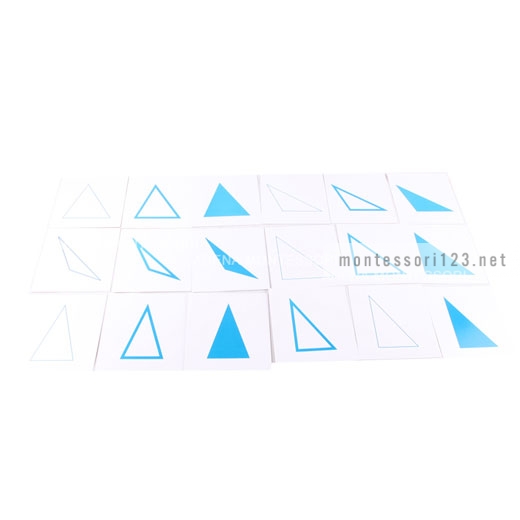 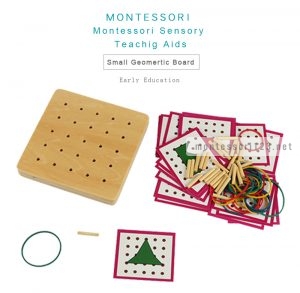 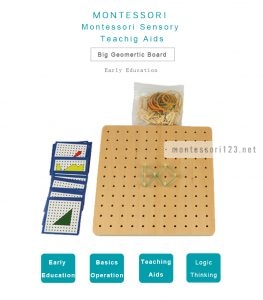 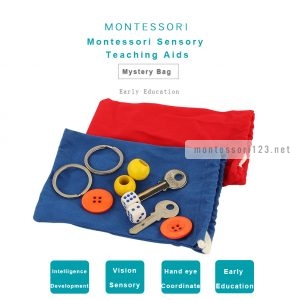 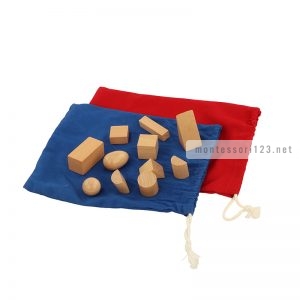 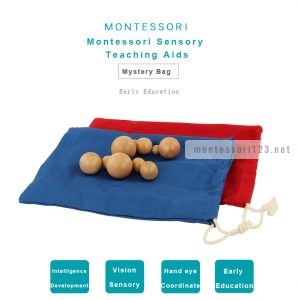 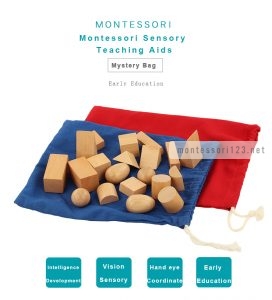 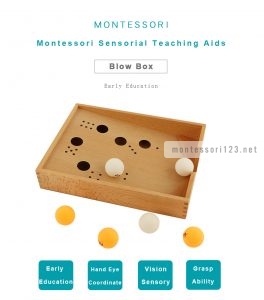 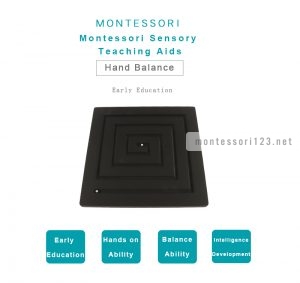 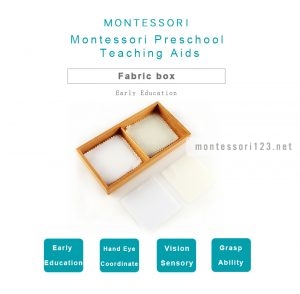